Impulse is a three-dimensional "flip book" wherein a series of six sculptures morphs in an evolving sequence of flight-related forms. The sequence is oriented east to west, the easternmost section illustrating birds on (implied) wires, surrounded by companions beginning to fly. Moving west the birds begin to flock, eventually arranging themselves into an epic goose, which in turn transforms into an image of the classic DC-3 aircraft.
A moving sidewalk on the second floor of the terminal furnishes an optimal context for interested viewers, who may contemplate not just the physical phenomenon of the artwork, but the essential rapture that links both natural and manmade flight.
For this commission the artists created over fifty wax sculptures depicting various avian species. These nearly life-size forms were scanned, scaled and converted into rapid prototypes from which molds were made for multiple castings. The final composition is comprised of over 6750 pewter components.
Website information: http://www.helmicksculpture.com/ 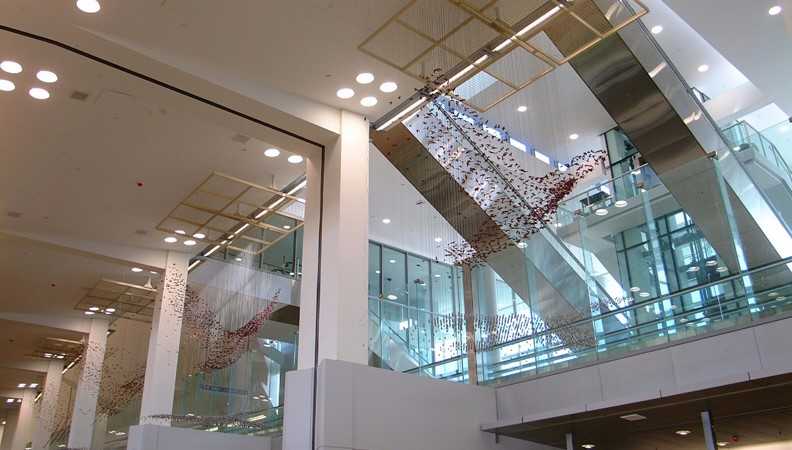