Philadelphia International Airport (PHL) has dispatched its Nilfisk robot floor scrubber to expedite cleaning and sanitizing floor spaces in the airport’s terminals. The equipment can be seen throughout the terminals as part of a pilot program.

According to PHL Airport Facilities Manager Milton Robinson, “We will consider the pilot a success when we can determine how well the robot works in the heavy trafficked, highly soiled areas and how well it performs with minimal oversight.” The robot is scheduled to be used in Terminals A and B after its initial trial. 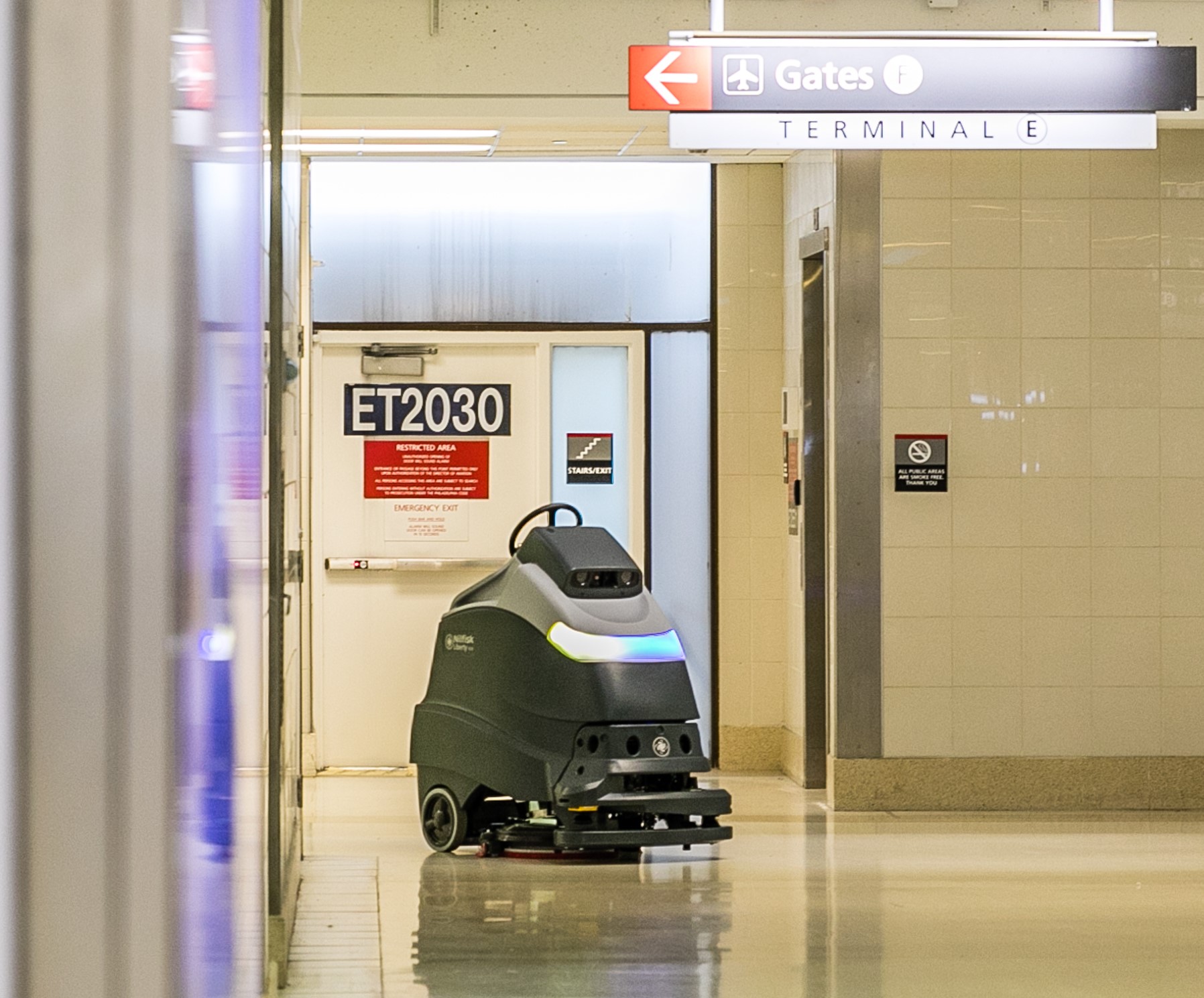 The (still unnamed) robot is programed to map the area that it is assigned to clean using a scrubbing mechanism followed by a squeegee and vacuum that lifts water that is left behind. The robot can be operated manually or in automatic/independent mode (the mode used depends on the requirements of the area it services). The robot will primarily be in the automatic mode while it is monitored by a custodial supervisor, who will also be servicing the same general area that the robot is working.

Currently, eight staff members have been trained to operate the robot. It is anticipated that most of PHL’s maintenance staff, along with supervisors and crew chiefs, will be trained to use the machine.

PHL anticipates operating the robot floor scrubber primarily on the overnight hours to maximize cleaning efforts when there is less foot traffic.

If the robot floor scrubber is determined to be successful cleaning the airport's busiest terminals, PHL has plans to purchase additional machines. “The goal is to increase our efforts to continuously clean and sanitize the airport to assist the PHL staff in their work towards overall cleanliness,” said Robinson.