Philadelphia artist Michele Kishita is a painter whose work is inspired by the landscape and Japanese culture, particularly for their reverence of nature. Kishita is known to paint on wooden surfaces not only for its materiality but to honor the trees from where they came. The undulating markings of the wood are emphasized throughout her colorful contrasting minimalist compositions. Kishita accentuates areas of wood grain by allowing it to remain untouched in its natural state.

Like her paintings, here, Kishita has combined a background of bold vertical painted lines with clustered paint stir sticks to create Sensu Rain. Kishita says that the “lines are always about the rhythm of the landscape…like trees’ trunks, negative space, and sunlight…” Kishita purposefully chose gold, black, and blue stripes because she “views the gold and black as both day and night…,” and the blue, “is the sky and the reflection of the sky in water.”

Accentuated by the suspended vertical lines of the string, the 2-dimensional background merges with the 3-dimensionality of the strands, fishing weights, and composed stir sticks that are partly dipped in paint and wrapped in Japanese washi paper. The raining clusters of stir sticks simultaneously allude to cloud formations or flocks of birds seen in the distance. The clusters also represent Japanese Sensu or folding hand-held fans symbolic of prosperity.

The multiplicity of forms seen against the repeated striped background eloquently conveys Kishita’s admiration for Japanese culture, for color, shapes, materiality, and meaning all captured within her visual landscape. 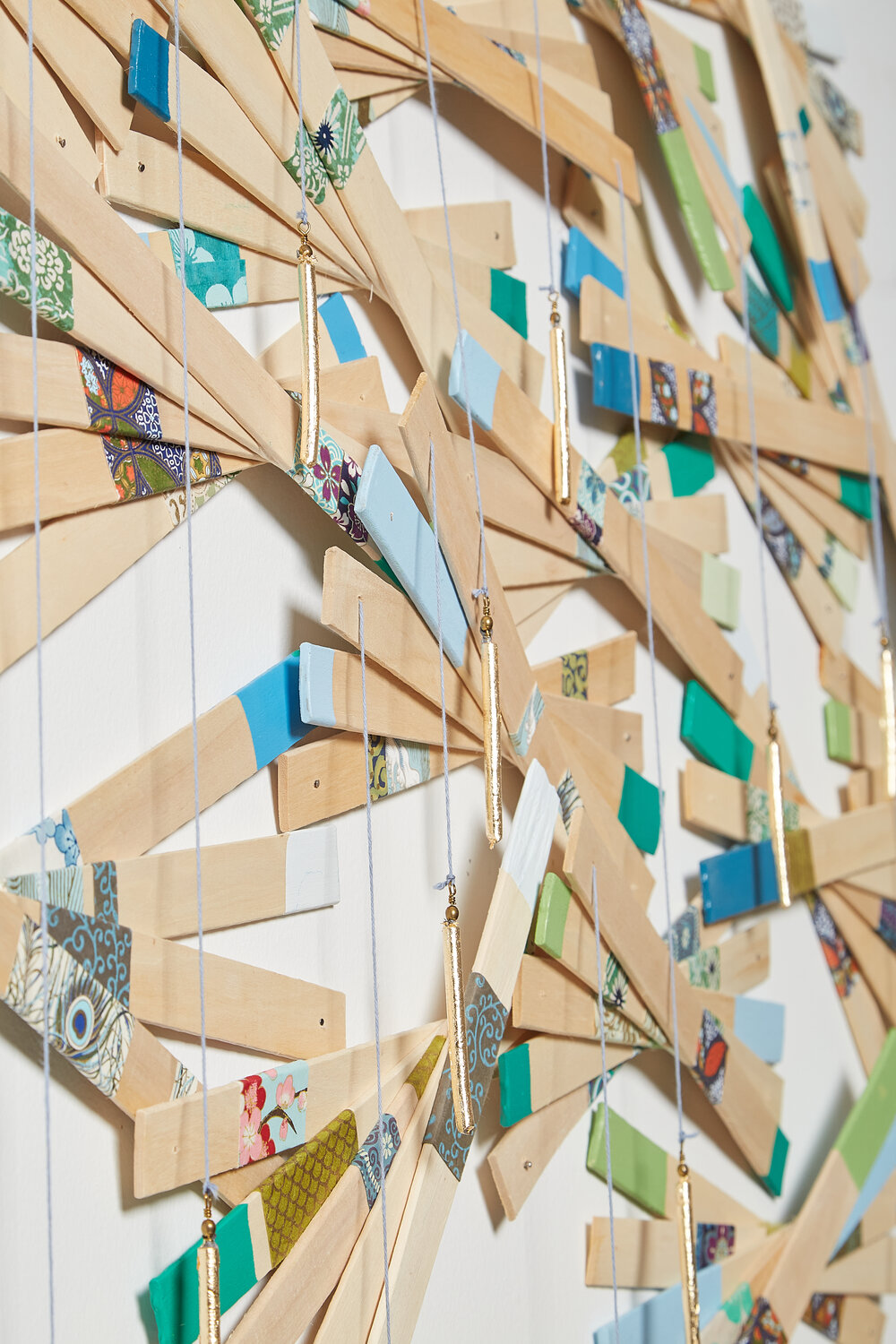