This exhibition provides a glimpse into the world of Alice – a cartoon series created by Philadelphia artist Andrea Beizer. Alice, named after Beizer’s fond recollections of a kindergarten classmate, is described as a “maturing single woman.” That she is. But Alice also bears a variety of traits that almost anyone can relate to. At times, Alice is witty, sarcastic, curious, forgetful, and aloof.

Alice is largely defined by her unique perspectives and mannerisms – in particular, her quips which are typically meant to be double entendres. Is she being comedic, dead-pan serious, or a bit of both? Her comments embody dueling interpretations that are the core of Alice’s persona. But no matter her situation, she is resilient. Her unique outlook on life and her eccentric points of view continually entertain and engage readers as they follow Alice’s quirky journey through life.

Andrea Beizer created the Alice cartoon strip in the mid-1980s where it appeared monthly in the American Institute of Architect’s publication Philadelphia Architect and in 1989, Manhattan Comic News. But for many years, Alice was on hiatus until 2013, when Beizer was encouraged by friends and long-time editorial cartoonist for the Philadelphia Inquirer Tony Auth to resurrect the series. Beizer says that today’s Alice “has been revised to show a more contemporary lifestyle and the drawing style has become simplified.” Look for more of Alice, past and present, at alicecartoons.com. 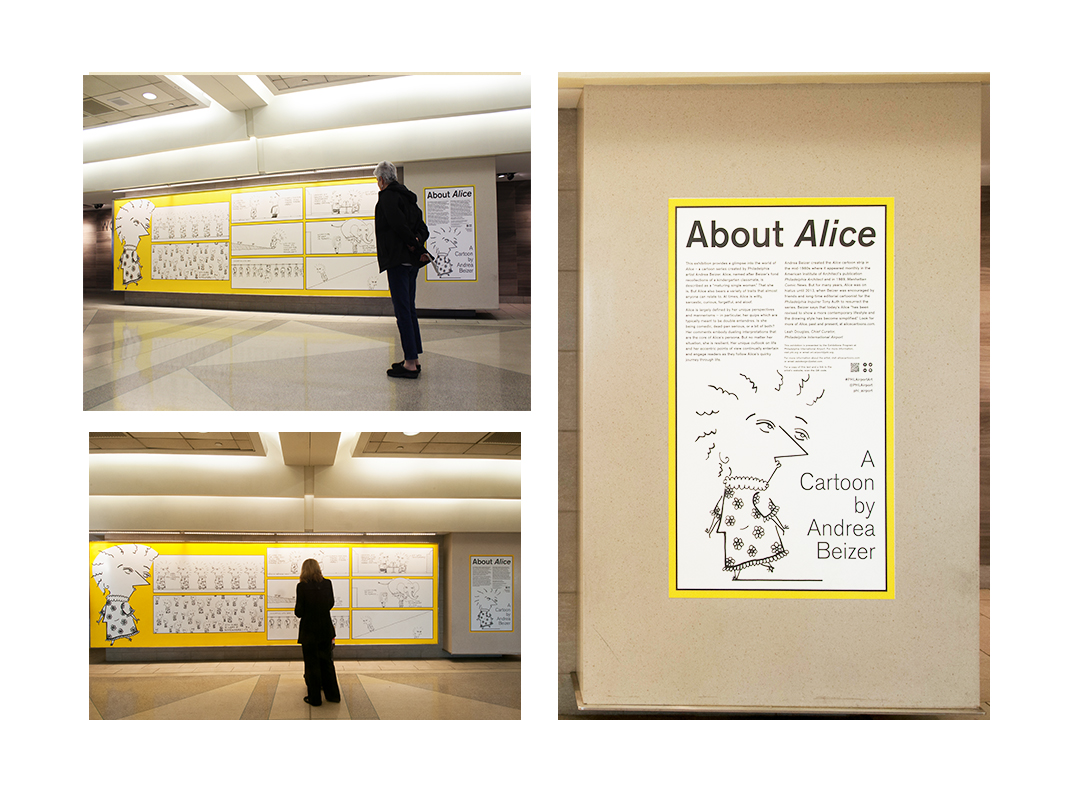