9 to 5: Vintage Office Equipment from the Collection of the Philadelphia History Museum at Atwater Kent

Over the past 100 years, the equipment that we use in today's offices has changed drastically. Although state-of-the-art in their day, today it is hard to imagine using a 40 pound adding machine, a typewriter with a 42" long carriage, or talking into a Dictaphone with a speaking tube. Although many of the basic office concepts are the same -- calculating, typing, and talking -- it's fascinating to see how the devices have developed over the decades.

This exhibition features office machines that were designed to improve office efficiency. Many of the exhibit items were used by Philadelphia workers and donated to the Philadelphia History Museum by local companies such as Rohm and Hass and IBM.

Historically, Philadelphia has had an integral role in the early development of office technology beginning in 1876, when the city hosted the country’s first world’s fair known as the Centennial Exhibition. Nearly every nation participated and many of the exhibits featured the latest inventions in office equipment and office furnishings. But most notably at the Philadelphia fair, for the first time, Alexander Graham Bell demonstrated his new invention, the electric telephone, to a world-wide audience. Since that historic moment, the telephone has revolutionized how people communicate and conduct business.

From the late 1800s through today, office equipment has continued to evolve, making the objects in this exhibition obsolete. But these office artifacts remind us of days past and how different it was to work in an office in the early to mid-20th century. This exhibit, 9 to 5, might change your mind about the frustration that sets in when your computer is running a little “slow." 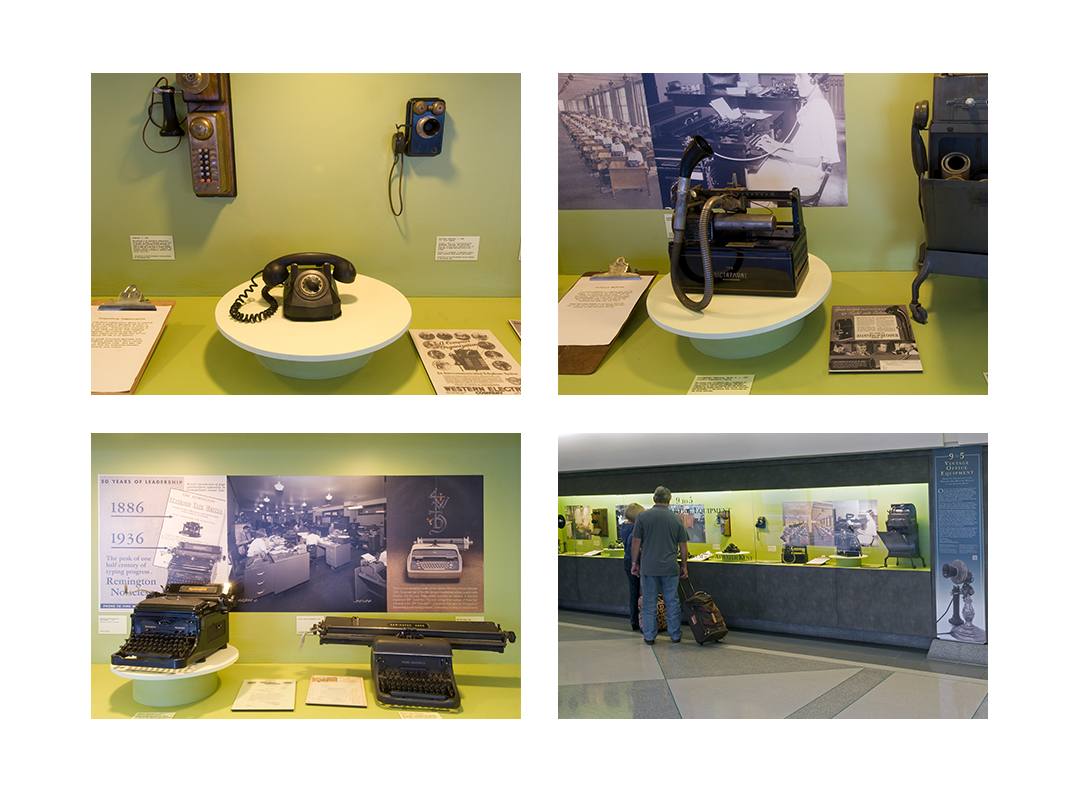